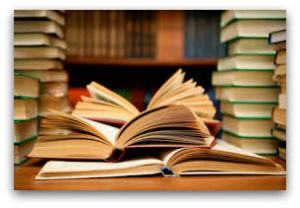 I haven’t written anything for a while, not because I lack the desire, but because there are so many ideas bouncing around that I’ve failed to keep hold of a single line of thought long enough to turn it into words. Frustrating, although at least I don’t live with a dull mind. Anyway, one theme keeps returning; it’s here again today, so I’m going to write about it before people forget I exist: A book I published in 2012, two other books and the reviews they received.

Caliente, an account of my time in Cuba has sold around one thousand copies, I haven’t kept track, and perhaps the same again in electronic format. I occasionally receive small boosts to my bank account due to people, I assume worldwide, buying it. It started as a diary, then when people liked bits and pieces, over many years it became a book. The story at the time seemed to me so alive and interesting that I had to tell it. With much help from a friend, I manfully did my best to promote it, but without a massive or even moderate publicity budget (it was truly tiny), I stood little chance of achieving big sales.

I still get emails from people who read and enjoyed Caliente, mostly travellers. At the beginning, when it was published, I got eight or so positive reviews on Amazon from friends, the other reviews, good or bad, are from genuine readers that I don’t know. I suppose everybody, even established authors, must get friends to review their books, and one thing one must always do on Amazon is try to separate the friendly from the genuine.

After a year I abandoned the publicity trail and started a novel. I have finished my novel twice and am now beginning a third rewrite which will be much longer. If I do finish it, it will almost certainly not sell. I don’t care. Some success would be good but it isn’t essential. I’m proud of Caliente and I will be proud of my novel. I appreciate the sales of Caliente and I like getting appreciative emails. I am not bitter in the slightest, but I do wonder about the reviewing process in Britain (I assume it’s the same in the USA).

In making my point I’ve chosen two books that can take a little criticism. Both have been fantastically reviewed and achieved significant sales: The Yellow Birds, Kevin Powers (2012) and In The Light Of What We Know, Zia Haider Rahman (2014). The Yellow Birds is written by a veteran of the Gulf War, so has immediate kudos which people will naturally not easily criticise. On Amazon it has dozens of reviews from famous authors, actors, broadcasters and newspapers; inside its covers are printed a choice of the best reviews. Hilary Mantel (whom I admire) described it as ‘A masterpiece of war literature and a classic’; Damien Lewis, star of Homeland, thought it ‘poetic and devastating’. It won The Guardian First Book Award.

I bought the book based on the reviews, surely so many couldn’t be wrong. I must be appallingly out-of-step. I did not like the book at all. Not only did I not like it, I found hardly a page or sentence which moved me, let alone interested me. I was bored. I thought the book was badly written, had no real purpose and never came alive at any stage. I’ve read plenty of war literature, never coming across anything as bad as this. I accept that this was written by a serving soldier, and I have no experience of war, but that does not mean that the soldier can write. I believe that The Yellow Birds is a bad book.

In The Light Of What We Know supposedly ‘wrestles with the intricacies of the 2008 financial crash’. James Wood thought it ‘astonishingly achieved…ideas and provocations abound on every page’; Joyce Carol Oates compared it to Heart of Darkness and The Great Gatsby and the writers Graham Greene, W.G. Sebald, John le Carre and Thomas Mann. At 554 pages, as opposed to The Yellow Birds’ 226, this was very hard going. Again, I read it because of the reviews. Again, I found almost nothing of interest. This is not to say that Rahman may not write a good novel in the future, but this is not it; it is an obvious first novel, with too much crammed into it and no recognisable structure to hold it all. To me, another bad book.

I am still mystified by the marvellous reviews for these books. I do not believe I am over critical or unreasonable. I am quite widely read, reading anything from Shakespeare to detective novels. I fully accept that books like Fifty Shades of Grey get published and people like them. But they do not pretend to be, or get treated as, literature. They are harmless, not to my taste, but harmless. Was The Yellow Birds taken so seriously because it was written by a serving soldier? I don’t think so; there are many better books on the subject that get much closer to the truth. Did the author merely know the right people, who spread the word? I really don’t know. In The Light Of What We Know was crammed full of ideas which ultimately went nowhere in very boring fashion. How on earth did it gain such reviews?

I would be interested to hear from anyone who disagrees with me. Have any of you read these books? Am I so out-of-touch? Or is there a strange system of reviewing, where a book is chosen and the same people choose to say wonderful things about it? The same books and authors seem to get reviewed by the same people, ad nauseam. Not all the books are bad, of course, but every week something awful is praised to the heavens. I repeat, I am not bitter, merely mystified.

Just to add balance, I would like to say that I’ve recently read: A True Story Based on Lies and Prayers for the Stolen by Jennifer Clement, A Brief History of Seven Killings by Marlon James, Jimfish by Christopher Hope, Wide Sargasso Sea by Jean Rhys, Trespass by D.J. Taylor, Dog Soldiers by Robert Stone and A Pleasure and a Calling by Phil Hogan (among others) and thoroughly enjoyed them all, for very different reasons, gaining a different kind of pleasure from each.

They were simply good stories, well-told.

Despite a lifelong love of books, the Havana Book Fair somehow passed me by during my two year stay. I remember the beautiful Castle Morro as the site of a Saturday night club, where, on a lovely patio overlooking the sea, I sipped mojitos. A sea breeze slapped waves against the rocks and, through the spray, the lights of Havana winked at me from across the bay. The club has gone – bars and clubs appear, disappear and sometimes reappear in Havana – but the castle remains. And so does the Book Fair.

Cubans are generally avaricious readers – I take all the books I can carry each time I return, to give to friends. Books are expensive in the Havana bookstores, beyond the reach of most ordinary people, and the choice is limited. The Book Fair is great event, providing wider choice and the opportunity to find bargains. It is descended upon with infectious enthusiasm by readers of all ages. I’m proud to associate my story with this rich and lovely occasion.

Caliente: a true story of love, adventure, gallons of rum and lots of trouble.

“I must say I was gripped. It has the sweet-and-bitter tang of reality and in my view it will find an eager readership.”

John Carey, Merton Professor of English Literature at the University of Oxford

Excerpt from chapter one:

I sat in the empty car park and smoked a cigarette.  Then I drove contentedly, dreamily, through the grey, bad-tempered Friday night crawl.  I left my car in the Pink Elephant long-stay car park and booked into the Gatwick Hilton.  I spent the next three hours roaming the airport, drawing dollars and sterling from various ATMs and exchanges.  The next morning I did the same and posted my Pink Elephant ticket to Paul.  The car belonged to him now.  At four that afternoon I boarded a Cubana flight, direct to Havana.  Paul, now free and tagged, called as I sat on the runway,

I had $100 000 in an attaché case and considerably more than that in a Channel Island bank account, accessible in Cuba.  I didn’t set foot in England again for two years.

“Hilton is a delightful guide to the very special atmosphere of Cuba in the last years of the Castro family, and his book should find many readers. I read with immense pleasure.”

“A fantastic tale, full of pace and steeped in the sense of the place. Hilton really knows Havana.” 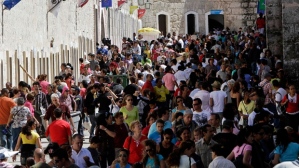