Noam Chomsky dates intellectualism to 1898 and the Dreyfus affair. A Manifesto of the Intellectuals fashioned by the Dreyfusards was inspired by Emile Zola’s open letter to France’s president condemning the framing of Dreyfus for treason and the subsequent military cover-up. This created an image of the intellectual as a defender of justice, confronting power with courage and integrity. But they were not generally seen that way.

The majority of the so-called educated classes, including several prominent figures of the Académie Franςais, considered the Dreyfusards “anarchists of the lecture-platform.” Ferdinand Brunetiére thought the very word intellectual was “one of the most ridiculous eccentricities of our time – I mean the pretension of raising writers, scientists, professors and philologists to the rank of supermen.” In other words, he was frightened of them; Dreyfus was innocent – the intellectuals were merely telling the truth. So were those criticising the Dreyfusards intellectuals? I think not.

Prominent intellectuals on all sides enthusiastically supplied justifications for their country’s part in World War I:

“…have faith in us! Believe that we shall carry on this war to the end as a civilised nation, to whom the legacy of a Goethe, a Beethoven, and a Kant, is just as sacred as its own hearth and homes.”

“…effective and decisive work on behalf of the war has been accomplished by…a class which must be comprehensively but loosely described as the intellectuals.”

Intellectuals in the USA believed they were entering the war:

“…under the influence of a moral verdict reached, after the utmost deliberation by the more thoughtful members of the community.”

These intellectuals were the victims of a campaign by the British Ministry of Information which sought to:

Would you regard people who joyously recommended entering a war, individuals who generally did not risk their own lives for one second, as intellectuals? I wouldn’t, but let’s continue…

Not everyone agreed with the war. Bertrand Russell, Eugene Debs, Rosa Luxemburg and Karl Liebknecht did not agree, and like Zola fourteen years before, were sentenced to prison. Debs was punished with particular spite and malevolence. For doubting the veracity of President Wilson’s “…war for democracy and human rights” he was jailed for ten years. Wilson denied him amnesty after the war, but President Harding did finally relent. This, it seems to me, is what happens to true intellectuals: Speak against power in any country and you will be persecuted. Depending on the country, the best an intellectual can hope for is persecution – elsewhere it will be jail, torture and death, probably all three.

So are those who constantly praise the state intellectuals? No, they are not. If any of them were capable of being intellectuals, which is unlikely, they have forfeited any right to the title by being corrupt, by pretending that lies are the truth, by supporting mass-murder and much, much more. In the past these “intellectuals” supported the burning of people at the stake, hanging, drawing and quartering, slavery and child labour. They are Pharisees, supporters of whatever power happens to rule, non-thinkers and massive idiots.

There is no doubt that Thatcher, Major, Blair, Brown and Cameron all would have enthusiastically supported all the evils of the past: black people are not really human so we can treat them abominably, children of the poor are fit only for work, the poor are not really people are they, not like us “the elite” – elite? Are they really? Of course, Kennedy, Johnson, Nixon, Ford, Carter, the Bush’s, Clinton and Obama are just the same, probably much worse.

Adam Smith described the USA as the “masters of mankind” following a “vile maxim”: “All for ourselves and nothing for other people.” Are followers of this most simplistic and stupid philosophy intellectuals? The original intent of the Constitution was, according to historian Gordon Wood, “…intrinsically an aristocratic document designed to check the democratic tendencies of the period, by delivering power to a better sort of person and barring those who were not rich, well born, or prominent from exercising political power.” Were the authors of the Constitution intellectuals? No, they were rich people of low intelligence. The main qualification for “a better sort of person” was hypocrisy and greed. 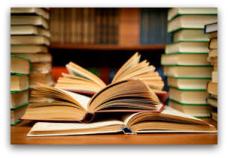 Nelson Mandela was only removed from the official State Department terrorist list in 2008. Twenty years earlier he was the criminal leader of one of the world’s “more notorious terrorist groups,” according to the Pentagon. I wonder which intellectual or intellectuals made that decision, and then later decided that he was a hero fit to be fawned over by brainless celebrities.

A week after the fall of the Berlin Wall, six leading Latin American intellectuals, all Jesuit priests, had their heads blown off on the direct orders of the Salvadoran high command. The act was carried out by an elite battalion armed and trained by Washington. The battalion had already left a dreadful trail of blood and terror. What intellectuals took the decision to murder thousands of people who merely wanted a slightly better standard of living? Not communism, not socialism – just a vaguely better life. Were the perpetrators intellectuals at all, or are they, in fact, the constant murderers of intellectuals who don’t agree with them?

In 1962, President John F. Kennedy, a well respected intellectual and admired president, made the decision to shift the mission of the militaries of Latin America from “hemispheric defence” to “internal security” – in other words, war against the domestic population, if they raised their heads. Charles Maechling Jr, who led internal defence planning from 1961 to 1966 described the result of Kennedy’s decision as “…a shift from tolerance of the rapacity and cruelty of the Latin American military to direct complicity in their crimes.” The US supported and acted in “..the methods of Heinrich Himmler’s extermination squads.”

In Colombia, former minister of foreign affairs, Alfredo Vázquez Carrizosa, wrote that Kennedy “…took great pains to transform our regular armies into death squads,” and “...it is their right to fight and exterminate social workers, trade unionists, men and women who are not supportive of the establishment.”

This must be, by necessity, a fairly brief account of the crimes of self-elected intellectuals and the persecution by them of true intellectuals. It is by no means confined to the USA, although as the wealthiest and most powerful nation on earth, they do have a hand in most things. I have hardly touched upon the role of writers in these crimes. Two English writers do spring to mind. The first is David Aaronovitch who wrote an article in 2003 wondering when the “weapons of mass destruction” would turn up. He wrote:

At the United Nations in February, the US Secretary of State, Colin Powell, presented evidence claiming that there were mobile laboratories and showing clear signs that the Iraqis had moved material to escape inspection from UN teams. Put together, all this was argued as constituting a clear breach of UN resolutions that therefore required urgent action.

These claims cannot be wished away in the light of a successful war. If nothing is eventually found, I – as a supporter of the war – will never believe another thing that I am told by our government, or that of the US ever again. And, more to the point, neither will anyone else. Those weapons had better be there somewhere.

He “…will never believe another thing that I am told by our government, or that of the US ever again.” Well, I’m sure he does go on believing, as a paid Pharisee, but it is quite shocking that he believed anything in the past from either government. And I think he genuinely does, and did, believe them. Some Pharisees are cynics – they don’t really believe the nonsense they write – but I believe Aaronovitch does truly believe. It is rather sad.

He concludes his article with:

At this moment, when the authorities are telling the truth and need the people to trust them, no one does. So I repeat, those weapons had better be there.

Oh dear, and one million civilians dead too.

In Owen Jones excellent book, The Establishment, Aaronovitch describes himself as one of the “elite”. When I had stopped laughing, I realised that these pseudo-intellectuals really do believe they are an elite. Because they are paid well for telling lies, I suppose. I can think of no other reason. They are rich, so in their tiny brains they see that as success. Sad indeed.

The other writer is James Delingpole. He is a climate change denier; there are many of those, of course. I’m sure he knows that the threats of global disaster are real, but business leaders are conducting a propaganda campaign to convince people that anthropogenic global warming is a liberal hoax, and they pay very well. And Delingpole will do anything for money. Business people know full well how grave the threat is but they must maximise short-term profit and market share. If they don’t, someone else will. Delingpole is always willing to help.

Apart from being a denier, I’m not sure what he does. He doesn’t like the BBC, so constantly finds fault. He would prefer it was saturated with mindless adverts and awful programmes. He doesn’t like the NHS. He uses it, then criticises it in his columns, which is rather horrible.  He praises the awful Game of Thrones regularly. He also praised a French science-fiction thing that really was unredeemably awful. And that’s about it.

I suppose it’s a good living for a man with a room temperature IQ, but his constant jealousy of successful acquaintances and yearning for more cash does grate a bit. He is a splendid example of the low-grade Pharisee, of which there are many, but having encountered him fairly regularly, I mention him here.

An intellectual he is not! 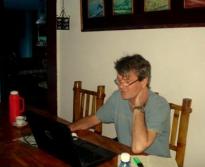