“These doubtful speeches were used much in the old times by their false prophets, as appeareth by the oracles of Delphos and of the Sybil’s prophecies devised by the religious persons of those days to abuse the superstitious people, and to encumber their busy brains with vain hope or vain fear.”

The Art of English Poesy

Equivocation: The art of saying one thing but meaning another. 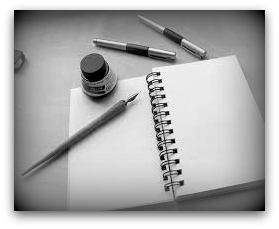 George Puttenham was writing about equivocation, an art he considered historical. He also considered it dangerous and wicked, a way of telling lies (sinful) while appearing not to. Shakespeare used much equivocation in his plays, although the word hardly existed then. Shakespeare portrayed equivocation as entertainment, as a way of providing information about the world and its people; while no angel Shakespeare was certainly not wicked. At that time equivocation had fiercely anti-Catholic connotations; the authorities were worried about the way Catholics used equivocation to deny their beliefs or that they were hiding priests. You could tell the authorities, for example, that you were taking dinner at a friend’s house while not mentioning that you were attending a Catholic mass. You were not lying but you were concealing the truth.

Equivocation was a rare and scholarly term, appearing in only a few books in the sixteenth century, mostly religious works and never in a play, poem or story. Because Shakespeare was such a gifted writer, wonderful words seemingly just flowing from him without thought, equivocation came naturally to him and his characters. All actors equivocate; it is entertaining, it is human, it can be clever, it can be wicked. We would be bored into slumber if all actors spoke honestly and always spoke the truth. The first time that Shakespeare used the actual word (although he many times used the deed) was in Hamlet, at the turn of the century, during the grave scene with Yoric’s skull. In answer to the Gravedigger’s clever but maddening replies, Hamlet tells Horatio:

How absolute the knave is! We must speak by the card, or equivocation will undo us.

Hamlet means that they must speak literally or the Gravedigger will continue with his evasive replies. Shakespeare is being humorous here; later he would use the word in a more sinister fashion. Most people thought that equivocation meant ambiguous; as late as 1605 Francis Bacon defined it as such in his Advancement of Learning. But by 1606, familiarity with the word was almost universal. It was no longer a neutral word, it was now commonly thought to mean concealing the truth by saying one thing while deceptively thinking another. Shakespeare used equivocation as an action and a word to great effect in Macbeth, of the same year. 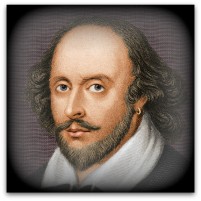 Although the Earl of Salisbury wrote of “that most strange and gross doctrine of equivocation” which would “tear in sunder all the bonds of human conversation”, and should be rooted out from society, Shakespeare would have understood that efforts to eliminate equivocation were hopeless and naive. Salisbury, the King – everybody – equivocated whether they were conscious of it or not. Equivocation was life’s most common sin – lying.

Shakespeare was subtle with his use of words, and equivocation was not always obvious. Though the word originated in its present use with Catholics using it to deny their beliefs, it soon became much more common with writers. One could say a King equivocated without actually accusing him of lying. Equivocation is a sophisticated word, suitable for a King and his courtiers to use.  Today a politician can say “I may have used slight equivocation on that point” and most people will not even understand that he/she has actually admitted to lying.

The action of equivocating had been in common use for as long as humans have had language. Augustus convinced the Romans that they were living in a free and fair democracy, although they lived under a ruthless dictatorship. Now, in the UK people are told that they live in a democracy, but they are presented with a choice between two almost identical parties who will merely preserve the status quo, likewise the USA. and many other countries. I live in Cuba where daily the TV convinces the people that they live in a wonderful free and fair society, but it’s a dictatorship with some good points. It’s not free and fair. Today politicians and advertisers (the main culprits) use it constantly. I can mostly ignore politicians but advertising is ubiquitous, stupid and wicked; it is impossible to ignore. Equivocation, even if it was once an art, is now the “gross doctrine” that Salisbury feared.

There is no advertising in Cuba, apart from the Cubans advertising themselves: their revolution, their system, their sportsmen and women – everything Cuban; they do not advertise commercial products. The only other place I know of where TV doesn’t advertise is Britain, with the BBC, but a significant section of the population would like to destroy it, as that section worldwide would destroy anything precious.

Even in Cuba I cannot escape advertising. We have satellite TV, where my woman watches the telenovelas and I watch the football. I thought advertising in England was extremely stupid but the US satellite channels are much more obviously dumb, just a medium for advertising, rather than a medium for entertainment. Programmes are interrupted every ten minutes with the dimmest adverts imaginable, merely a method for repeating names hundreds, thousands of times so that you will be unable to forget them; there is no humour, not very much thought – just the repetition of brand names and phone numbers – and in many, many hours of programming there is not even one minute of intelligence on show. Coke now transposes its logo over the crowd during the football matches – distracting and mind-numbing – as it is supposed to be.

I have found similar programming in East Asia but particularly the United States, the country that has been bombarded more than any other. It has affected even many of their decent writers, whom write of drinking a coke when they really mean something else. Coke has been so ruthlessly advertised for over a century, that taking a drink now means taking a coke to many, many people, such is the effect of constant brainwashing. I don’t even like Coke. I think it’s horrible, but am prepared to believe that some people like it and are not just influenced by the advertising. Hoover became an actual adjective thanks to that company’s successful promotions.

During a long life I have refused to believe that people can be affected by advertising because it is so simple-minded, but of course they are. They believe soap characters are real, and they believe advertising even more if an actor or celebrity equivocates and pretends that he/she uses a particular product (for a large amount of money). One must assume from this that at least seventy per cent of world’s population (particularly the USA’s) is irredeemably stupid; they buy cars, labour saving devices, clothes, tablets and phones that they do not need, and will  soon be persuaded to replace them.

Graham Greene said that “In any government there grows a hideous establishment of stupid men”. That is true, but unfortunately those stupid men represent a very large mass of even stupider people whose “busy brains they encumber with vain hope or vain fear.” These stupid men, big swinging dicks (an apt phrase) rule the world. While once harbouring vague thoughts that human beings will eventually sort themselves out, I tend to agree now with Voltaire, that “men are mad, and anyone who thinks they can be cured is even madder.”

The consumer society does not work; it will destroy itself sooner than you think. Who will stop it? Not the public. One cannot underestimate the stupidity of the public. The public is a big fat idiot. Being naturally non-violent, I would not go quite so far as Bill Hicks, who requested that all those in the public relations/advertising industry kill themselves, but I would like to put them all on an island where they can sell each other junk, and not pollute the world. 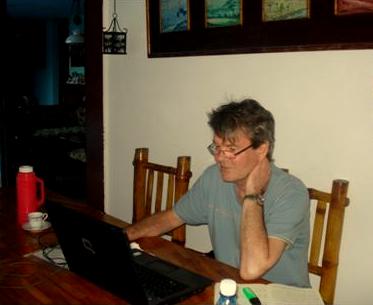